The Web Cache application provides HTTP content caching: as web traffic passes through the NG Firewall server it will be transparently cached. This will both save bandwidth by serving repeat content from the local cache and improve user experience by loading cached sites faster.

Just like Web Filter and other applications on NG Firewall, Web Cache works transparently on traffic passing through the NG Firewall server. There is no need to change any of the settings on any of the PCs behind NG Firewall to gain the benefits of web caching.

This section reviews the different settings and configuration options available for Web Cache.

The Status tab displays statistics from Web Cache - there are no settings to configure. 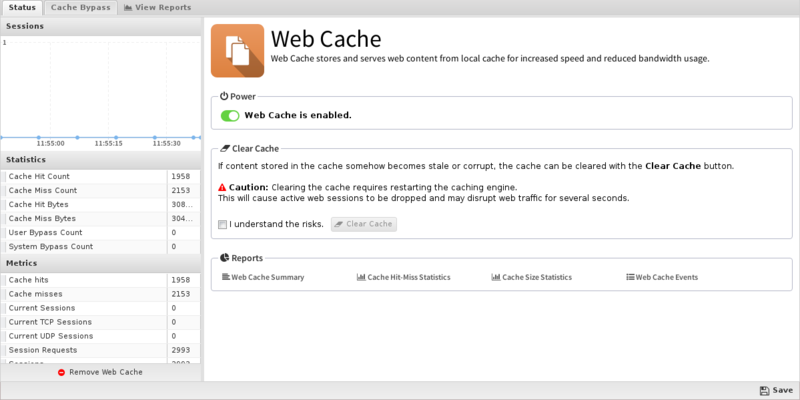 The Cache Bypass tab allows you to enter sites you do not want cached. Some sites to not operate properly with Web Cache working (such as Google Maps, which is bypassed by default) so you may need to add some sites to this list. Just hit Add, fill in the domain name, and save. 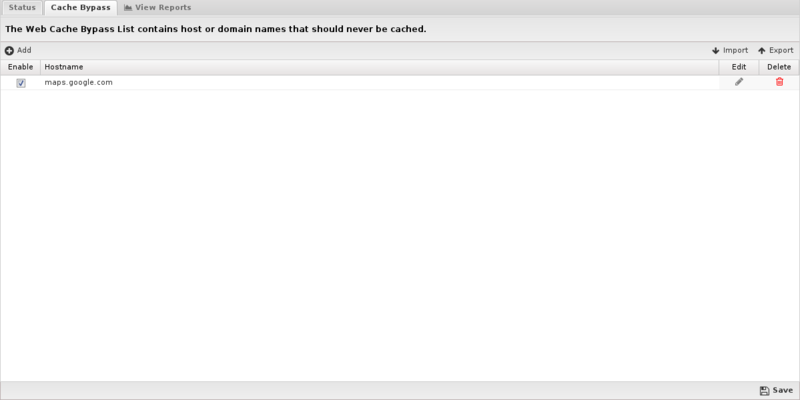 The Reports tab provides a view of all reports and events for all traffic handled by Web Cache.